Mark was confused: his wife was demanding their co-op apartment in the divorce, and he felt – deep in his heart – that she should have it. His friends and coworkers were telling him it was a bad deal to trade-off paying her “alimony” and give her the apartment. And so was I. When Mark came in for our next appointment, I showed him my number one secret weapon in divorce – and his new best friend: a calculator.

“When you break down the tax benefits to paying ‘alimony’ and look closely at avoiding capital gains in a sale of the home, you are losing,” I told Mark. And so did the calculator.

Once Mark and I factored in the costs of litigation (best-case and worst-case), and examined his investment and retirement accounts, he had a choice: would he give up $175k in exchange for a “quick” settlement? Finally, Mark saw the light and went to a CPA and a realtor to confirm our rough estimates. END_OF_DOCUMENT_TOKEN_TO_BE_REPLACED

My answers to commonly asked questions.  Keep in mind: this does not constitute legal advice about your specific case; and, I’m not your lawyer until you pay me.

1. At what point in the Divorce will I get Temporary Child Support, Maintenance (“Alimony”) and Counsel fees awarded? I need support! END_OF_DOCUMENT_TOKEN_TO_BE_REPLACED

My piece on primary male bread winners and divorce guilt has been taken up by The Huffington Post. Let’s have a discussion about the ramifications of divorce guilt in the comments here or on the HuffPo.

Andy was desperate: he owed more than half a million dollars in back child support and alimony and his ex-wife was seeking enforcement, including a violation for failure to pay, which would land him in jail for up to six months. They had been divorced for about 10 years and at the time, he agreed to pay through the nose.

“I felt bad,” he explained. “I was the one leaving the marriage, and at the time I was doing really well at work.” His guilt and a rushed desire to settle landed him with high payments and no assets (he gave her the house too). His payments became untenable when the economy soured and his job was cut.

This isn’t the only case where I’ve encountered this type of divorce guilt that can plague the male primary income earner — particularly when he’s the one seeking the divorce. END_OF_DOCUMENT_TOKEN_TO_BE_REPLACED 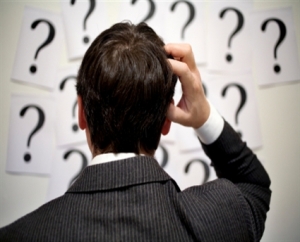 Everyone who is married at some point thinks about divorce. The longer the marriage, the more at stake: children, property, debts, and a lifetime of joy and sorrow.

Here is my run-down of the four most common questions that I hear from primary bread-winners facing or contemplating divorce: END_OF_DOCUMENT_TOKEN_TO_BE_REPLACED