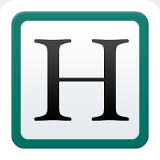 My piece on primary male bread winners and divorce guilt has been taken up by The Huffington Post. Let’s have a discussion about the ramifications of divorce guilt in the comments here or on the HuffPo.

Andy was desperate: he owed more than half a million dollars in back child support and alimony and his ex-wife was seeking enforcement, including a violation for failure to pay, which would land him in jail for up to six months. They had been divorced for about 10 years and at the time, he agreed to pay through the nose.

“I felt bad,” he explained. “I was the one leaving the marriage, and at the time I was doing really well at work.” His guilt and a rushed desire to settle landed him with high payments and no assets (he gave her the house too). His payments became untenable when the economy soured and his job was cut.

This isn’t the only case where I’ve encountered this type of divorce guilt that can plague the male primary income earner — particularly when he’s the one seeking the divorce.

In Andy’s case, the court reduced the arrears and lowered the payments to a reasonable amount — in large part because the “child” was now an adult. But not before Andy spent a decade fighting against compounding debt, bill collectors and bad credit.

Other examples come to mind: a few years ago, I had a client who needed post-divorce help to overturn his agreement to pay more than 65 percent of his annual income in perpetuity for the care and maintenance of his ex-wife’s six cats. You read that right: six cats! Guilt over leaving the marriage had played a large part.

Even a fellow-lawyer — I’ll call him Bill — told me about his rushed divorce agreement. Bill wanted to get it over with, and despite his first-hand experiences as a litigator, he let his guilt be his guide. “After a while you start to feel like a wallet,” he said. “You have no control over the decision-making for your child or how she’s spending the money. You just pay.”

At some point, there must be a discussion in the relationship: Are we having children and who will care for them? And if the answer is that the wife will stay home, then how long, and does she have a plan to work as the child moves from tender years to tween?

But the best intentions can go awry. In Bill’s case, he agreed that his ex could stay home for a few years, but she later refused to revisit the decision. “Then what?” he asked. “Do I file for divorce because she won’t work, when there is a 3-year-old at home?”

In thinking about that question, my answer to him, and you, is “Yes,” and here’s why:

Of course, early in the marriage my friend Bill wasn’t emotionally interested in filing for a divorce. I’m not a therapist and I am not advocating you end your marriage prematurely because of financial reasons — I’ll leave that to another blogger. But I am pointing out issues that should be considered when you decide to work and “be the provider.” And, at the end of the day, guilt over letting go of your role as provider can lead you into bad decisions in your divorce.